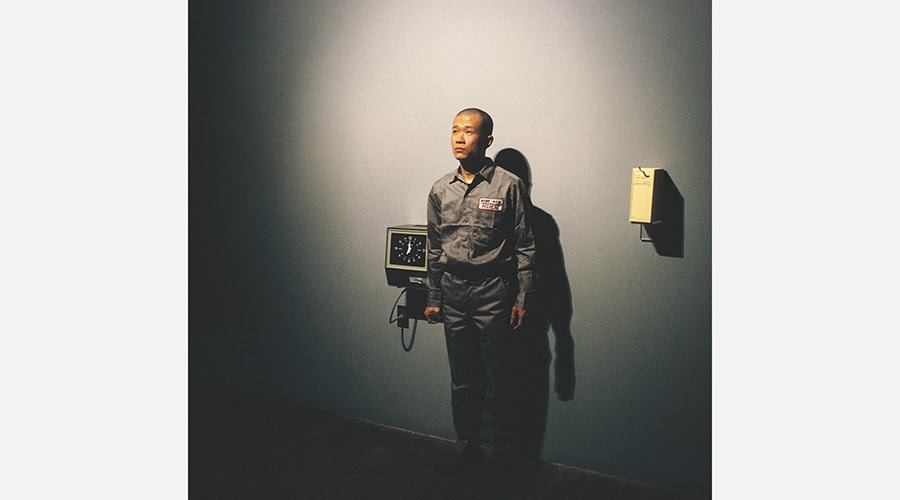 Carriageworks, Sydney, presents One Year Performance 1980-1981 (also known as Time Clock Piece) by Tehching Hsieh. This is the first time a major solo exhibition of the Taiwanese-American performance artist’s work has been seen in Australia.

Hsieh has long been a cult figure in the New York contemporary art world – Marina Abramovic has referred to Hsieh is “the master” – but only came to be internationally recognised as a leading practitioner of durational performance after retrospective shows at MoMA and the Guggenheim in 2009, and the publishing of Adrian Heathfields’ monograph Out of Now. His body of work consists of six performances that altogether lasted twenty years (1978-1999), all exploring Hsieh’s interest in existential questions of time, life and being. They are also notable for harrowing physical and mental demands, as well as their conceptual clarity and precision.

The installation at Carriageworks comprises of the documents the artist produced (photographs, film, time cards, statements) during the second of the One Year Performances, and follows Hsieh as he punched a time clock in his studio, every hour on the hour, twenty-four hours a day, for an entire year.

Critics have often read this work as a comment on industrialisation and manual labour, but Hsieh continues to claim he is not a political artist and his art has no autobiographical resonance. Rather he mentions the early influence of Camus’ Myth of Sisyphus when coming to create One Year Performance 1980-1981, speaking of it as being an act of observation, a delirious, relentlessly methodical manner of acknowledging time passing, a description of futility made via the structure and purpose of his actions.

Along with the documentary installation, Carriageworks, in partnership with the College of Fine Arts (COFA) and the National Institute for Experimental Arts (NIEA) at UNSW presents Tehching Hsieh – In Conversation with curator Lee Weng Choy and Tehching Hsieh – Salon on Durational Aesthetics, a day-long symposium looking at durational aesthetics and performance featuring papers and presentations by Australian artists, curators, and academics including Mike Parr, Tony Schwensen, Ed Scheer, Jeff Khan and Tess de Quincey.