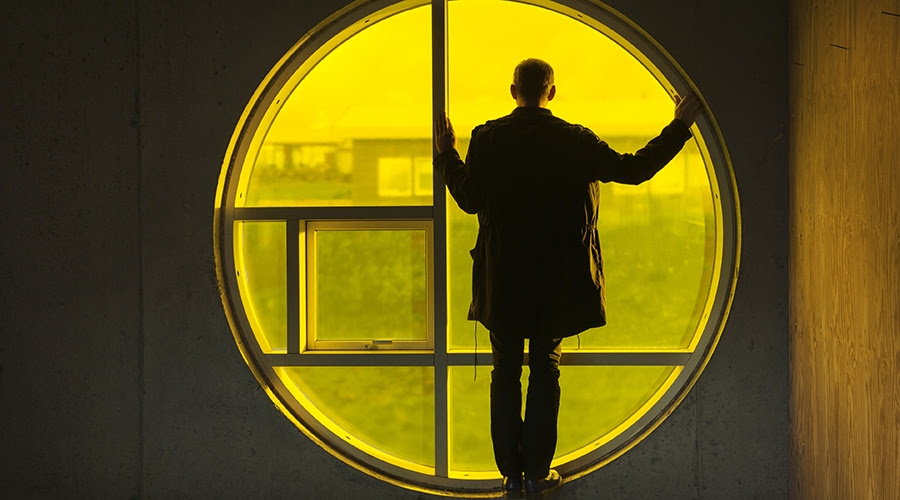 Playtime’s episodic structure travels across three cities, all defined by their relationship to capital: London, a city transformed by the deregulation of banks; Reykjavik, where the 2008 crisis began; and Dubai, one of the Middle East’s most hyper-accelerated financial markets. All three cities are gorgeously rendered on screen, but appear empty, comfortless, desolate.

Six “characters”, the Artist, the Hedge Fund Manager, the Auctioneer, the Domestic Worker, the Art Dealer, and the Reporter elide the division between fiction and documentary. Each are based on real individuals whom Julien interviewed and researched, but are also, to varying degrees, satirical. Characters are played by well-known actors, including James Franco, Maggie Cheung, Mercedes Cabral, Colin Salmon and Ingvar Eggert Sigurðsson. Internationally celebrated auctioneer, Simon de Pury, plays himself, a nod to the already performative nature of the profession.

What drives people to cross continents in search of a “better life” is a question that has underpinned much of Julien’s work over the past decade. He repeatedly returns to the same answer: capital. Indeed, capital is itself the main protagonist of the piece, the audience reminded that they too its perpetual cast. It’s also a rare acknowledgement, if a deeply ironic one, of the art world’s firm place in the global economy.

Isaac Julien is often compared to Steve McQueen, another art-school educated black British film director (and whom Julien in fact tutored), their careers following reverse trajectories: McQueen moving from video art works into feature films, Julien developing a gallery-based installation practice after successful early feature films. Julien’s immersion in cinema and cinematic form is, however, a constant, and reaches something of a dizzying apex in Playtime, even as traditional notions of narrative are subsumed into Julien’s lyricism and lingering tableaux.

Presented alongside Playtime is Kapital, a two-screen highly kinetic video montage depicting the artist in conversation with curators, critics and theorists. These focus on Marxist geographer David Harvey (author of “The Enigma of Capital” and, most recently, “Seventeen Contradictions and the End of Capitalism”) and his theories of “accumulation by dispossession”, but also include the late Stuart Hall. The British cultural theorist was a friend, collaborator and mentor to Julien, and the work is dedicated to him. Julien opens the film by questioning why capital is so difficult to depict; Harvey’s response – that, as it is for gravity, you can really only intuit that capital exists by its effects – underpins Playtime itself.