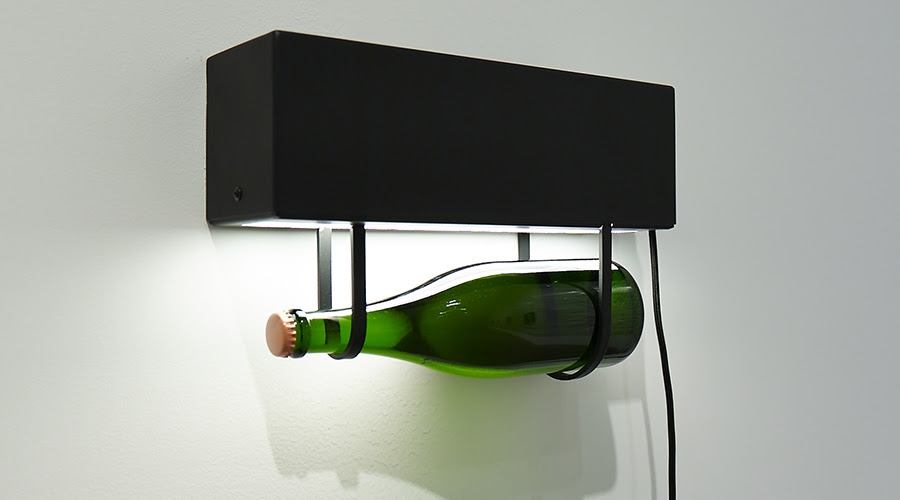 Nys is showing a variety of works inspired by her discoveries about the Black Death of the thirteen hundreds. Nys‘s interest in the plague was first sparked by an article, published in the People’s Daily, the Chinese Communist Party newspaper. The article, written by two economists, stated that: “The euro debt crisis(…) and the sovereign crisis has spread like the Black Death of the fourteenth century across the euro zone countries.”* The Chinese economists were wary and concerned that Europe’s ailing economy would be contagious.

Is the European financial crisis the plague of current times? With bankers using terminology such as toxic investments and other nations fearing contamination from Europe’s financial woes, Nys found herself contemplating the plague – gone viral.

When we think of the phrase ‘the plague’ we may think of a disease which is extinct and unable to harm us yet in just a mention, can conjure up ghastly visualisations. Unfortunately, the threat of epidemics, pandemics, and the spread of worldwide problems whether financial or medical, are in fact contemporary issues. Sophie Nys’s exhibition is far from out of date.

Nys does not try to shock with gruesome images or by counting fatalities. Her associations with her subject are not at first obvious. Her works are drawn from a unique perspective. Nys has reflected upon the commonplace: for example, her investigations have led her to reveal how trading continued through times of crisis amongst the ordinary village people.

Sophie Nys’s research on the Black Death led her to take a field trip to England last year searching for some very special stones called either ‘vinegar stones’ or ‘plague stones’. These stones were used in the Middle Ages by people condemned with the plague, in order to trade. The vinegar was used as a sanitizing product.

The artist reminds us of how fragile a society or economy can be. In a time without supermarkets, when produce was precious, a product as simple as bread was incredibly important. Bread was vital sustenance for the people. If the baker was to become indisposed then the village was in danger of going hungry. Also, when the people of a village were labelled too sick to come in contact with, then they were in danger of starving to death.

The ‘vinegar stone’ was created by the local authorities. They had devised a system with which the infected village could still trade for goods without contaminating others. The people had to leave money upon a stone, in a well of vinegar or urine and there would be supplies such as bread, or whatever was needed, exchanged for the coins. Vinegar and urine were thought to cleanse the money of any germs and so this system protected the healthy from the contaminated and aided the trading system.

Nys presents to us in a series of sculptures, photo grams and a film on this fascinating discovery.

Nys’s film of her quest for the vinegar stones has a wonderfully dated quality. It reminds me of a BBC natural history documentary from the eighties. The footage, caught on super 8 reels, has a charming grainy quality and is presented on a bulky old television monitor.

When you don the headphones, you are elevated to another level. In ‘Full of Piss and Vinegar’ (2014) Nys has combined her moving images with a choral soundtrack, a piece by the Hungarian composer, György Ligeti. The piece ‘Requiem’ is perhaps best known from Stanley Kubrick’s: ‘2001: A Space Odyssey’ (1968).

Nys chose this moving piece of music partially because it has no religious intent, but it is spiritual. This piece creates a dramatic and intense sound-scape which takes us floating above the green fields. It is an uplifting experience.

Continuing her medieval journey, Nys turned her attention to the Lowlands where she found the legend of a healing stone in Lochem. This stone belonged to the wall of a church in the Netherlands. People, superstitious and desperate, would flock to this stone hoping to benefit from its powers.

The artist has built an installation ‘Lochem’ (2013) out of a wooden plank which she rests on two trestles. Upon this self-made table are some objects – a still life. She has positioned a cement block, reminiscent of a large stone brick, precariously at the edge of the table. This block is a mold taken from the ‘healing stone’ of the church in the Netherlands. Because people carved out pieces of the stone for their own good fortune, the stone is left with a deep indent. This carved brick is a living memory of the people of the middle ages and represents their desperation to ward off deathly sickness.

The ‘healing stone’ in this installation, sits at the height at which the artist originally encountered the stone in the wall of the Dutch church of Lochem.

The still life is comprised of various citrus fruits, a sponge, and a brick of pressed wood chip. One lemon, from Sicily, is particularly large and the other lemons are curiously wrapped in a layer of sponge.

The artist helped to decipher the clues given in her intriguing nature morte. The pressed wood block and the dimensions of the table itself: the width and length of the plank of wood are Nys’s reference to the European palette system. The precise measurements that Nys has used are those of the Euro-palettes which are used to transport goods by train all over Europe. ‘Beginning in Sicily with the giant lemons and ending in Norway with crates of Stella,’ she jokingly informs.

The appeal to the artist of the palette system was that of “unspoken borders”; the transportation of goods, just like disease: spreading and travelling.

In her research Nys discovered that a doctor of the middle ages had used the super fruit, the lemon, to protect his nose from the smell of the very sick and dying patients. The sponge is a reference to how people would utilise sponge to soak up vinegar and use both products to shield off disease.

Travelling through the exhibition, from Medieval Europe to todays Hollywood, we arrive at Angelina Jolie! Upon a great white wall, Nys has hung four black and white photo collages. We are confronted with the iconography of today in: ‘Rochus 1.(Frieda)’, ‘Rochus 2. (Kate)’, ‘Rochus 3. (Kim )’and ‘Rochus 4. (Angelina)’.

The images tell an unexpected tale. They are a modernisation upon the medieval legend of Saint Roch, the patron Saint of the plague, who after healing many of the deadly disease, fell ill himself. He was banished from town and would have perished of hunger had it not been for a dog who had brought him bread.

We see images of female celebrities, showing a lot of leg whilst posing for a photo on the red carpet and each oddly accompanied by a little dog grasping bread in its mouth. The pop icons are hanging upon a hand painted wall decoration ‘Brother, Brother, Brother’ (2013). The mural is inspired by a detail from an image of a manuscript dating from the year 1320.

Nys had found an image from this ancient manuscript in a book about the plague. The image draws a scene from the story of the Apocalypse, from the book of Saint Paul. People are crossing a bridge to enter heaven and below the bridge, in a river, souls are twisting and squirming in the waters of hell. Nys points out how the people in this antique illustration are interestingly without gender.

The background of the scene is the detail which fascinated Nys. It is a grid of faces, like tiles. Drawn upon each little square you find a line drawing of a human face. Each face very simply illustrated with only the eyes, nose and mouth features. The author of the book about the plague had used this image to illustrate the massive amount of mortality due to the Black Death, ‘the souls in peril’. This scene inspired Nys to travel to a library in Cambridge in order to see the precious image in real life.

Normally such manuscripts are copied for educational purposes as the originals are so delicate they cannot be used as study materials. Scholars must have an exact copy made. Nys then followed the scholars trail to a Swiss publisher. In the exhibition you may have the honour to look inside of this wonderful manuscript as Nys has acquired a copy of the original book.

The copy itself as an object is an incredibly precious item. All of the pages are hand cut; exact copies of the original. There are layers of real gold and oxidized silver decorating the pages. Every detail is just as in the original.

Nys describes the detail of the drawing from the 14th century as “fresh”. The tiles have an incredibly modern appearance. They are graphic and certainly do not seem out of place as a back drop to collages of contemporary super stars. The wall painting to me, was reminiscent of the ‘smilies’ that you can attach to electronic mails!

The impact of the European crisis perhaps cannot be set side by side with the Black death of the Middle Ages. The artist herself thought that the Chinese economists had made a rather drastic comparison. However, such a radical suggestion she then utilized as a creative springboard into a discovery of times past and present.

Travelling is very important to Sophie Nys‘s work. She likes to follow her interests to their places of origin, from Tokyo to Cornwall. She strives to find what she is looking for. She prefers to work alone on her projects, and to have the control of every aspect.Nys admits “I like to do everything myself” and remarks that her car is her studio when she is working. That means it is out of bounds, even to her boyfriend.

It has been a great pleasure to meet the artist. The stories which she can recount are testament to her adventures: unearthing stones; opening ancient manuscripts; and casting a healing stone. The art works themselves are compelling. They may be united in theme but they are greatly different in material and result. Without knowing their histories, they have an alluring quality, they force you to seek their meanings.

Sophie Nys has described the red thread in this exhibition as “processes -something that you cannot control.”

It seems to me that Sophie Nys’s intrigue and curiosity have been the unstoppable forces behind this collection of works. Every detail of Nys’s exhibition has been meticulously thought out. The works represent an artist who is curious, interested and seeking.

You can see Nys’s apt ability to turn her hand to and be inspired by, many mediums: from film and photography to music and painting now at Galerie Greta Meert. The mesh of old and new in medium and subject is refreshing and eye catching.

* Quotation from the People’s Daily by reporters Chris Buckley and Zhou Xin. Published online by www.reuters.com 2011.

All other quotations are derived from a meeting with the artist on Wednesday 5th February at Galerie Greta Meert.