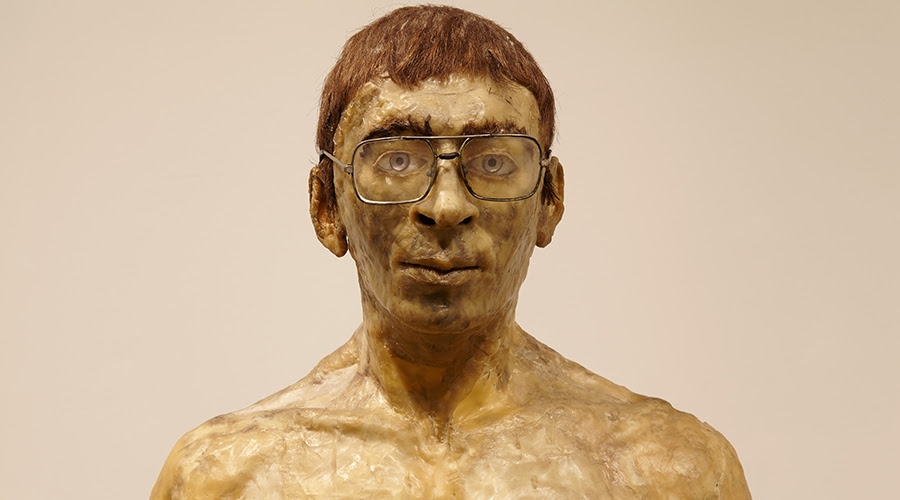 Beginning in February 2014, the New Museum presents the first US museum exhibition devoted to the work of Paweł Althamer.

Since the early 1990s, Althamer (b. 1967 Warsaw, Poland) has established a unique artistic practice and is admired for his expanded approach to sculptural representation and his experimental models of social collaboration. Althamer is predominantly known for figurative sculptures of himself, his family, and various other individuals within his community. Beyond simple portraiture, these sculptures, along with the artist’s other activities, highlight the complex social, political, and psychological networks in which he operates.

The exhibition will include a new presentation of the artist’s work, ‘Draftsmen’s Congress’, originally presented at the 7th Berlin Biennial (2012). Over the course of the exhibition, the blank white space of the New Museum’s Fourth Floor gallery will be transformed through the gradual accumulation of drawings and paintings by Museum visitors and a wide array of invited community organizations. Althamer will also activate the exhibition through a sculptural workshop in which the artist and his collaborators will produce new works during the course of the show.

In the past, Althamer has realized a number of projects that seek to subtly alter reality through nearly imperceptible interventions into public space. For his New York exhibition, Althamer has arranged for street musicians to play in front of the New Museum building on the Bowery over the course of the show with the music being broadcast throughout the Third Floor gallery. ’Paweł Althamer: The Neighbors’ will also feature Althamer’s iconic sculptures and performative videos realized alone or in cooperation with community groups with whom he has collaborated with over the past two decades. The artist’s most recent body of work, the ‘Venetians’, a haunting group of sculptures created for the 55th Venice Biennale, in which Althamer cast the faces of various individuals he encountered on the streets of Venice, will make its US debut. These works will be presented alongside Althamer’s series of videos, ‘So-Called Waves and Other Phenomena of the Mind’ (2003–04). Produced in collaboration with artist Artur Żmijewski, these works capture Althamer as he ingests various drugs on a journey to explore the depths of his own mind.

‘Paweł Althamer: The Neighbors’ is curated by Massimiliano Gioni, Associate Director and Director of Exhibitions, and Gary Carrion-Murayari, Curator.

Paweł Althamer attended the Academy of Fine Arts, Warsaw, from 1988–93, studying alongside his frequent collaborator Artur Żmijewski. His work has been the subject of solo exhibitions at the Westfälischer Kunstverein in Münster (2003), Foksal Gallery Foundation, Warsaw (2004), Zachęta National Gallery of Art, Warsaw (2005), Centre Pompidou, Paris (2006), Fondazione Nicola Trussardi (2007), and Secession, Vienna (2009), among others. His work has been exhibited in a number of major international group shows including the 2013 Venice Biennale, 8th Gwangju Biennial (2010), Skulptur Projekte Münster (2007), 4th Berlin Biennial (2006), and the 9th Istanbul Biennial (2005).